A group of guys play football in the middle of nowhere. At stake is much more than a simple victory.

When Alice, a naive young woman having lunch in a diner circa 1960, joins Mary and Ray in their sit-in protest, the ire of the racist patrons boils over and Alice learns what it truly takes to stand up for what you believe in.

A story about the power of optimism against forces that are seemingly more powerful than yourself. It follows the story of a man named Isaac who lives during the end of slavery (1860's), end of segregation (1960's), and President Obama's inauguration in 2008. Through song and dance, we see how Isaac navigates through an ever changing America as he discovers what he needs to do to get his slice of the "American Pie".

While on patrol, Border Patrol Agent Manny Bonilla makes a grisly discovery. But has someone - or something - led him to it? 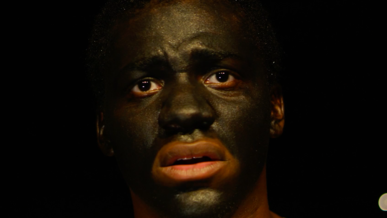 A portrait of two parents and their 8-year-old son struggling against the harsh realities of inner-city life in an alternate version of modern day America. 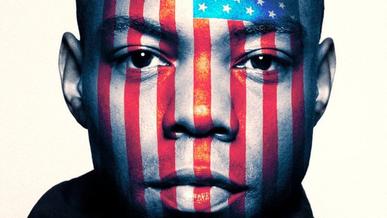 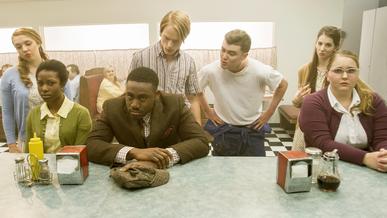 After arriving late to his minstrel show performance, Paul, a black actor, gets a surprise visit from his estranged father. Though he wants to run, his acting partner Willie convinces him to stay. What happens on stage surprises everyone.