Downtown Tokyo, Yanesen. Two petit-demons “To” and “Kyo” are doing tags in the narrow alley with full speed.

Get Tickets and Passes!

Sea-Tectives
11m, U S A, dir. by Christopher Dobbs Jr.

Fish are vanishing throughout the city and it is up to Charlemagne Clawes (a lobster) and Orville Sinclair (a clam) to save the day. This case, however, is more than what it seems and the duo will also be faced with the effect their growing celebrity has upon their friendship. 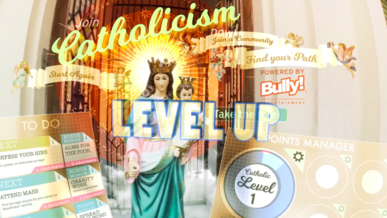 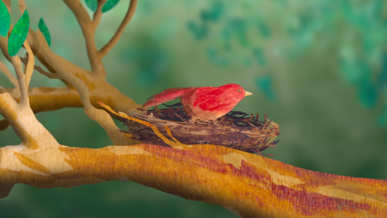 Treasure Nest is a 3D animated short following the adventures of Blue a cat-like creature in search of hidden riches. Along his way Blue discovers a bird-like creature named Peanut who he reluctantly brings along in hopes that she will be the key to unlocking the treasure.

A young boy prepares for an important change. Based on a poem by John Greenleaf Whittier published in 1892.

The story of a little boy who is condemned to spend the time he has left in a prisoners' camp. The memories of his mother are the only thing keeping him alive.

Within the forests of Old Rag Mountain, a boy, a bird, and a stone all converge in a fragile incident of childhood curiosity. 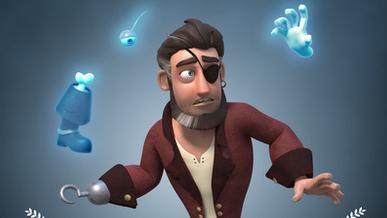 Hyper-Reality presents a provocative and kaleidoscopic new vision of the future, where physical and virtual realities have merged, and the city is saturated in media.

The Frost Spirit Trailer from Monticello Park Productions on Vimeo.

A horned creature's destructive rampage is halted by a stubborn adversary. Loosely based on Tom Robbin's depiction of Tanuki, a Japanese mythical creature known for his mischief, "Pittari" is scored to an old phonographic gospel recording to help illustrate a relentless resistance to the creatures gritty penetration. 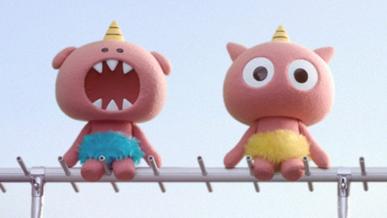 Fox And The Whale
12m, Canada, by Robin Joseph

The tale of a curious fox who goes in search of an elusive whale. a journey of pursuit, longing and discovery. 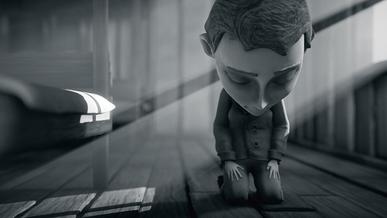 The History of Magic: Ensueno
5m, U S A, dir. by Jose Luis Gonzalez

When the high school bell rings, Ester Bolaños escapes her small, border-town high school. But when she rides her beloved bike all the way home, Ester escapes reality. To feel alive, she imagines every fantastical way she could die. She'll take her chances against sharks, tanks, or flame-throwing Nazis anyday if it means avoiding the boring fates of her fellow students and family. 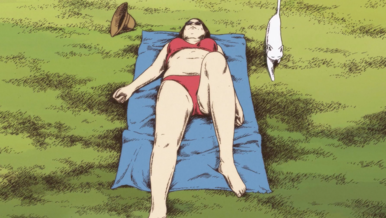 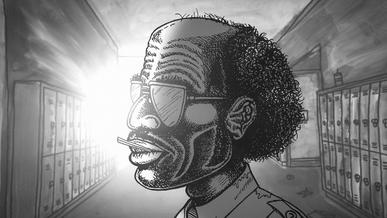 With the deadly threat of white-nose syndrome ravaging the population of hibernating bats in North America, a lone baby bat tries to overcome his sadness. Opening his toy box and finding his favorite teddy bear, the lil bat tries to rediscover his innocence, unaware of the danger still lurking.

A troubling moment in the balminess of a summer in the countryside. While gardening, a young man sees his mother as a women for the first time.

In Another Time Animated Shorts 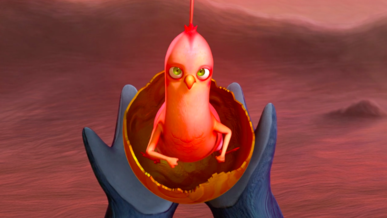 On a pirate ship, a lonely captain wanders the ship deck late at night while mourning the loss of his fallen crew. The night takes an unexpected turn when the pirate finds himself face to face with mischievous ghosts.