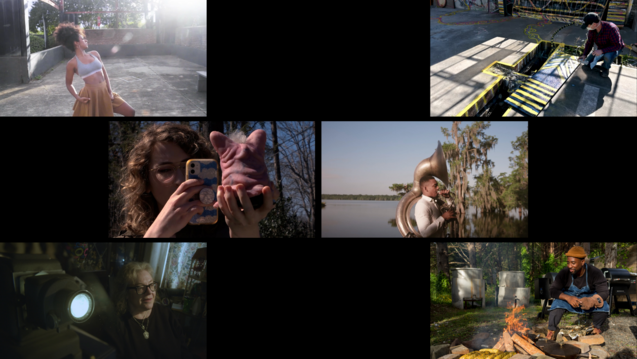 2019. Spring flooding in Mississippi hits record highs. In Louisiana, the residents of Pierre-Part are preparing for the worst. Barring an unexpected turn of events, local authorities will soon be forced to open the floodgates of the Morganza Spillway, in order to save the cities of New-Orleans and Bâton-Rouge from further uncontrolled flooding. Faith and resilience are the two best weapons they still have in the face of uncertainty.

With a focus on disruption, tension and release, Let's Blow This Up pushes creative boundaries in a non-violent manner by responding to an abandoned space with guerilla art. This introspective journey is a push/pull between discovery/rediscovery, where methodical tendencies, rules and restrictions are discarded to allow rise to more primal expression.

A quirky, docu-fairytale brought to life through hand-illustrated animation, The Martyr paints a sinister—yet compassionate—portrait of two outcasts, and the obsessions that bind them. In an era of true-crime fever and canceled kingpins, the film leads us to wonder: what does it mean to love your hero—when he might also be a monster?

After moving to Oregon and falling in love with the ability to explore the outdoors with ease with his wife and two kids, Rashad Frazier knew he had to extend the invitation to others. Driven by the magic of his experiences, his background as a chef, and his love of good food and connecting people to incredible places that open up to conversation, he created Camp Yoshi, which curates custom outdoor adventures centered around shared meals and shared experience with the goal of creating a space for Black people and allies to unplug and in turn reconnect with the wilderness. By virtue of being in these places, Camp Yoshi's trips transform historically segregated spaces into safe havens for community, conversation and nourishment. 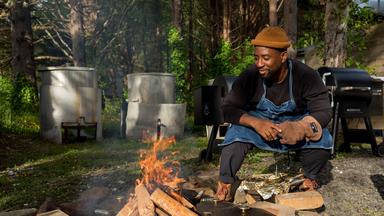 In the midst of the pandemic and breathtaking economic uncertainty, Atlanta choreographer Angela Harris reconsiders her future and that of the dance company she’s spent more than a decade building. But in the aftermath of George Floyd’s killing, witnessing the pain in her community, she realizes just how much artists and audiences need a place to process all that they’re grappling with. She quickly cobbles together funding for a residency — eight choreographers creating solos or duets in response to the times.

Once Sophie received the internal workings of a Furby and had an idea, the way people looked at the toy would never be the same.

<<<Back to Schedule
View on Mobile